Other Games The Itch of Groundhoggoth!

#1
I make small, silly storygames about once a month and publish as Pay What You Want on my itch.io page: there's everything from fantasy adventures to cartoonish space opera and much more!

This month's game is Miss Alignment Answers Your Questions from the Heart, where RPG characters write in to an advice columnist and the replies tell them how to change their alignments to improve their lives! #2
And next, the February game for 2021: this is one of the beefiest itch.io projects I've produced and it's kind of practice towards making higher quality pdfs.

Home from Home is a Saturday morning cartoon storygame, following the misadventures of a bunch of kids who have been transported to a mysterious castle in another world and now must explore it to fond their way back home. #3
I've made a card game, sort of: it uses a standard deck of playing cards and blackjack mechanics with some Noir window dressing. It's called The Raw Deal and I'm really looking for feedback on it, if anyone has the time to glance at the (very short) rules. 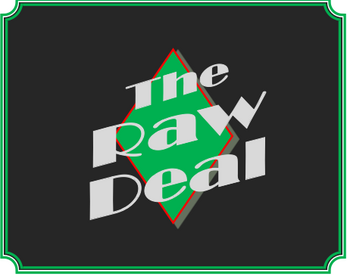 #4
My March game is here: Wardens of the Wanderbots is another game in the 'Saturday Morning Cartoon' series, but this one has a sci-fi flavour!

#5
I've completed and published my April game, the last in the 'Saturday Morning Cartoon' trilogy, Kicks is all about teenage superheroes balancing their mundane lives with their extraordinary ones through a series of dilemmas. #6
A silly mini bonus game, in addition to my regular monthly schedule, I'm Not Morgan Freeman is about providing narration for a nature documentary about fantastic creatures. #7
My May game is out now, in which 2 players (or more if you adopt a looser play style) can peek into the daily life of an ordinary person and the being that only they can see...

#8
Spells Don't Kill People, Wizards Do! is a game of magical mishaps that can be played with any number of participants, with one of you always portraying the hapless, non-violent wizard who watches their well-intentioned spells cause death & destruction all around them. #9
My Atomic Summer project is beginning! It's a trilogy of games, 'atomised' into a series of playbooks: to whet your appetites, here's a preview of the concept using some of my existing game designs. #10
The Atomic Summer starts here! Three new games, presented in episodic format, with one part in each fortnightly-release!

SOUP! An anime-esque comedy-action game about the new recruits to the Safety Service of Sanctuary City, a place where crime does not exist but accidents & emergencies are everyday occurrences. This is a simple PbtA game where the PCs patrol the city, literally looking for trouble and then tackling it before it spirals out of control.

Never Pledge Your Loyalty to an Idiot! Another anime-esque game, drawing inspiration from series including That Time I Got Reincarnated as a Slime, Overlord, KonoSuba: God's Blessing on this Wonderful Word and The Rising of the Shield Hero, as well as others. The GM takes on the role of a typical isekai hero, who attracts an entourage of followers before they realise that the hero is actually kind of an asshole: now they have to walk the tightrope between keeping their word and acting with honour, as their 'Master' commands them to do some pretty sketchy things.

That Thing You Do: a co-op puzzler in RPG form, each player portrays a character with some unique capabilities and everyone takes a turn as the 'UI', setting a scene and goal for another player to puzzle their way through. If it gets too tough, or if you just think you need someone else's powers, just switch out with them and let them have a go at it!

#11
The Atomic Summer continues! This is a compilation of micro releases over the summer of 2021. Each edition contains a selection of materials for different games, ‘atomising’ the rules and content over several playbooks. For the Atomic Summer series, that means instead of getting a new different game every month, three games will have their content atomised over those three months.

Part 2 contains three new playbooks for the new games:
The Paramedic: out new SOUP-hero roams the streets of Sanctuary City, healing its citizens ills.
The Devotion of an Animal Companion: the first of the characters to have sworn loyalty to an idiot in Never Swear Your Loyalty to an Idiot (naturally) is a faithful animal with magical powers.
Place Holder: no, that's actually the character's name, as they can use their ability to manipulate space to puzzle their way out of the co-op adventure in That Thing You Do.
There will be more to come in another two weeks time!

#12
The Atomic Summer continues! This is a compilation of micro releases over the summer of 2021. Each edition contains a selection of materials for different games, ‘atomising’ the rules and content over several playbooks. For the Atomic Summer series, that means instead of getting a new different game every month, three games will have their content atomised over those three months.

Part 3 has another three playbooks, one for each of the games:
The Firefighter: a daring action hero for SOUP, who helps to keep Sanctuary City a safe place for its citizens!
The Honour of a Reluctant Warrior: this skilled fighter arrives in Never Pledge Your Loyalty to an Idiot!, and is bound by their oaths to the Outsider to do their bidding, even if it's not a good idea!
Mixenmatch: the new character for That Thing You Do can recombine objects and their properties in interesting and useful ways.

The Atomic Summer continues in 2 weeks time, on August 9th!

#13
Another two weeks and another Atomic Summer release, with three new character playbooks to enjoy!

The Engineer joins the team for SOUP! lending their mechanical & structural talents to the struggle to make Sanctuary City a safe place for its citizens.
The Curiosity of an Enthusiastic Mage leads another poor fool to ignore the advice, Never Pledge Your Loyalty to an Idiot! Bringing magic & spell-casting into the mix, will their enthusiasm and curiosity help them to navigate the moral maze of being loyal to a bad person?
Head Space is the newest... volunteer? Operative? Poor sucker? Anyway, whatever type of characters you're playing in That Thing You Do, this newest one has mental powers that could prove very useful!

More to come on Monday the 25th of August!

The Epidemiologist pretty much needs no introduction, right? They protect citizens from rampaging outbreaks... yeah, we all get this one, don't we?
The Infatuation of a Capable Assistant shows what it's like when you love someone and really want to change them by setting a good example; it's a shame the loved-one in this case is the shallow and callous Outsider!
Knowall is the new character in our point-&-click-inspired storygame, with the ability to drain knowledge from books, objects and people equally!

Final instalment on Monday the 6th of September!

#15
I have made a game for October on my itch page: Hardship explores horror in space, following in the mold of classic films like Event Horizon. This is a tightly focused story-game all about the mission, often treating characters as cannon-fodder to advance the plot. #16
After a long and well-deserved break, I've put a new game on my page: Oops, I'm a Monster provides a simple framework for creating your own stories in the mould of Turning Red, where one of the player-characters finds themself turning into a monster and their friends rally around to help. #17
Another little game, Flesh & Spirit is a two-player tale of supernatural romance between a mortal magician or summoner and the immortal being who they have bound to do their wishes. #18
New Month, New Game: Singles & Returns is a very light storygame about taking the bus through Ghibli country and talking to the other passengers about your life. Then you get off. That's all. Enjoy!

#19
Here we go... it's the demo version of Troublemakers, my PbtA game of childhood adventures. This is just a taster of the full game, with a look at the basic moves and a couple of playsets with ideas and character outlines.

If you are familiar with the mechanics of PbtA games, there's enough here to get at least a one-shot game out of it. Feel free to ask me question about this, but the full release, which should follow soon, will hopefully answer them. 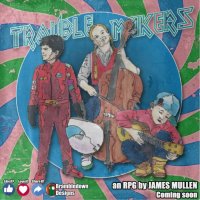 #20
Here we go, at last; Troublemakers is here! A project that has been close to my heart for many years and a favourite among the limited audience who have been such dedicated playtesters, now you too can create a spectrum of kids' adventure stories!