[shopping] Temptation waits... what are you resisting?

#901
I suspect my favourite version of Glorantha would be 13th Age - if it came in a self-contained 250-page book, which it doesn’t. That’s a tempting deal on the HQ version, though.

Staff member
#902
If you like Glorantha, and I say this as someone who may not entirely warm to HQ, then HQ:G is worth having. It's a lot more Glorantha than Heroquest 2 was/is.

It's much better than HW.

However it's not going away, Chaosium are rebranding.

Staff member
#903
The SJG version of HQ was much more traditional in presentation, the HQ:G version takes the story beats ideas from Robin Laws and integrates them in. The version of HQ standalone on the Chaosium site is the same (as this is HQ2). I suspect that you could ignore the story beats element if you wanted to.

I've only skimmed the rules in HQ:G but what I can say is that all the versions post the original box set have been much more clearly presented than the Hero Wars box set ever was and that you could still draw on HW books.

If I was to revisit Glorantha, it would be via HQ, or via HQ ported into Wordplay/Tripod.

#904
Not really resisting, because I know I'll get it eventually - I'm holding off on Mythic Babylon until I've read & digested Lyonesse.

negromaestro said:
Shockingly, in my attempt to respond to your good advice on a different computer system, I mistakenly typed the old website URL "gamingtavern.eu" and was greeted by this young lady.

#905
MartinP said:
Is it worth getting HQ:G if I already have the Hero Wars box set? Did they manage to sort out the rules (and maybe do some proof reading...)? What extra stuff is there?
Click to expand...
Sorry afraid I was in 'deep freeze' when Hero Wars came out, so I can only talk to HQ:G, which is fairly easy to understand with few errors. That said it is quite a mental shift to go to 'conflict resolution' from the task resolution of most trad RPGs.

I like both RQ:G and HQ:G, the former is good for crunchy tactical combat, the latter for fast-paced more narrative styles.


I'm not planning to get it but the execution is lovely.

#907
Guvnor said:
However it's not going away, Chaosium are rebranding.
Click to expand...
It's a rebrand and a new edition for the main rulebook. Ian Cooper has been working on it steadily over the last couple of years. He's currently doing examples.

If you are feeling really cheap, the rules, sans colourful examples are available for free via the Quest Worlds SRD

#908
About the HQ:G rulebook, it's a nice all in one Rules + Glorantha. I'm currently on a break from Glorantha, having run many, many games/con games over the last 30 years, but at the moment it's the ruleset I'd probably use to run a quick campaign.

I've not used it in anger, but it's the first of the HeroWars/HeroQuest books that I would have been 100% happy passing over the table to my players.
Apparently, some of the worked examples aren't 100%, but that's not surprising because they were hurriedly thrown together before the authors went to Eternal Con

Staff member
#910
It looks like it’ll work well with Troika as well as D&D clones. It may even work with BX Mars. 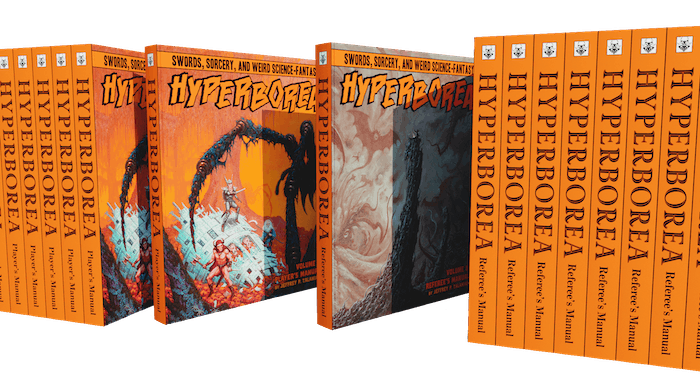 Was already on the fence as I’ve not long got 2e and annoyed about a new version coming so soon, but $86 for shipping makes it quite easy to resist

#914
Free League just shared a vid of unfolding the proof copy of the cloth Shire map for the One Ring kickstarter, and I guess now I'm resisting that. (Or more likely the Eriador one.)
(Edit: Mind you, it's about £35 as an add-on and I'm watching pennies, so my resistance may be sadly successful.)
Last edited: Jul 8, 2021

#915
Hydro74 does great covers and even though Strixhaven and other Magic the Gathering DnD5e is not for me, this cover art is calling to me. 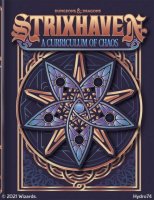 #916
I love the Carbon Grey comics. So very high temptation to start off.

Then Marie Kondo's wisdom kicks in, with strong warnings of Tsundoku.

So depending on the game engine, I get a boon to Resistance vs Temptation. Unless it uses something I already play like my many Third Party 5e books, or my YZE hoard of Fria Ligan or the Modiphius 2d20 (Homeland Revelations this fall). Yes, yes, and Savage Worlds too.

#917
And now I am tempted again since this will built upon the West End Games d6. Damn, how sneaky!

#918
I will probably never run this, but damn, is it attractive.

#919
That’s nice, and the world on the inside is ever so much bigger than one would imagine from the box. I guess that was intentional.